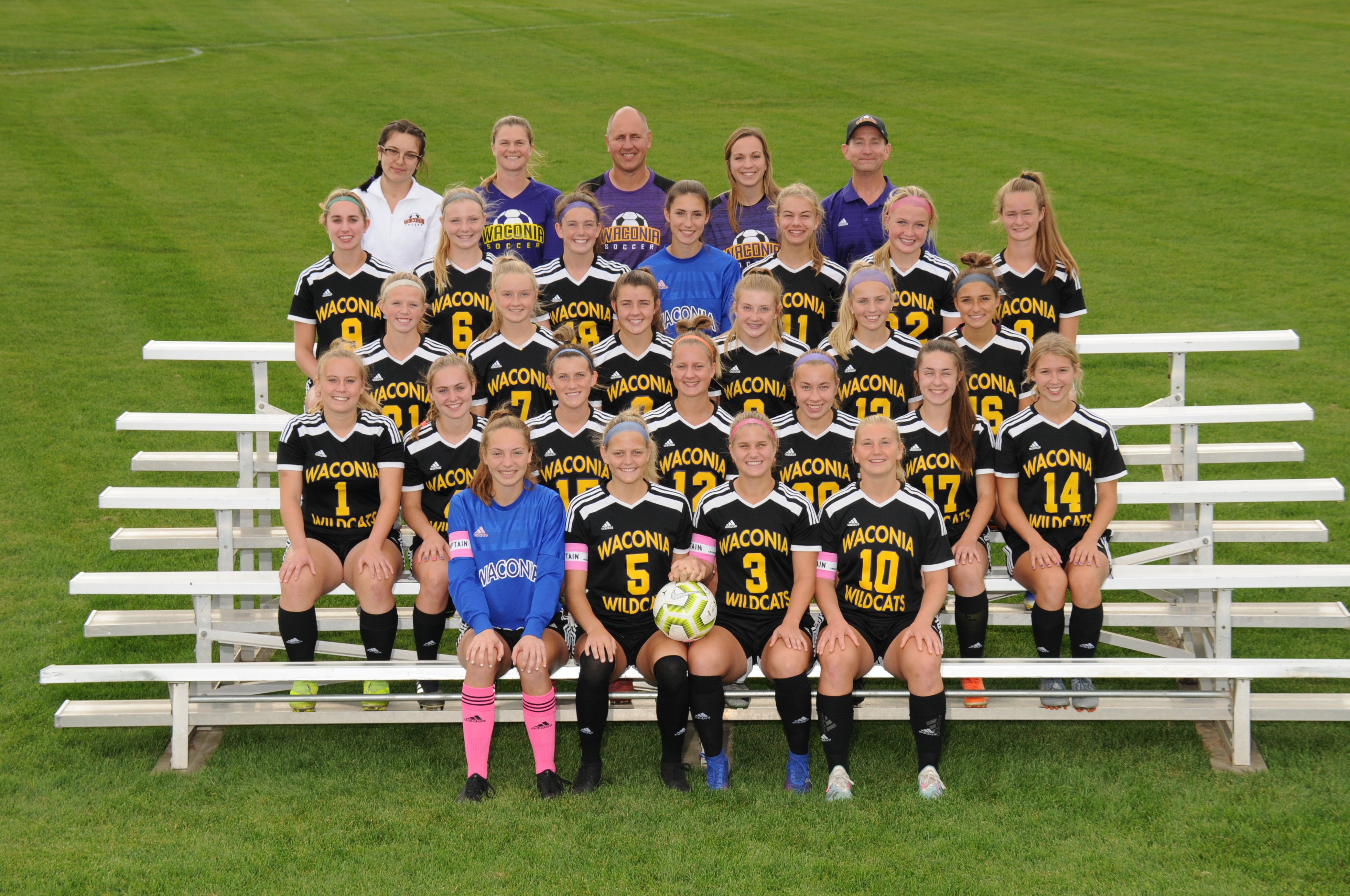 The Waconia Wildcats took the field on Thursday night to play a game with the Watertown-Mayer Royals looking to earn their 6th win in a row and secure their 3rd Wright County Conference in 3 years.
With perfect fall weather and playing under the lights, the cats looked to possess the ball early and used combination passing to press for a goal early on. Just 3 minutes in, a foul 35 yards out gave Chanda Breeggemann a chance to increase her goal total for the year. Her perfect shot on goal and give Waconia an early 1-0 lead and encouraged additional pressure from all players on the team.
Eight minutes later, another great combination play by Waconia would have Bryn Theis overlapping on the left side and her cross found Jordan Grell inside of six yards her perfectly placed shot gave the wildcats a 2-0 lead going into halftime.
In the second half, Watertown-Mayer sent three forward to try to gain one of the goals back. A perfect pass wide by Hailey Bogema left Maris Heun in perfect position to shoot but Waconia’s goalie Isabelle Shuster timed her dive perfectly and sent the ball out for a corner. The royals would get 3 more chances on goal, but Shuster held her ground and with help from the Waconia defense kept the shutout going.
Sixteen minutes into the 2nd half, Waconia regained hteir compousure on the ball and with possession came scoring chances. A great cross from Chloe Jaeger almost became the third goal when Kennedie Dustin found herself at the pk spot but her shot went just wide of the goal. A minute later, Jordan Grell would find Bryn Theis in the goal area, and the freshman forwards shot made the score 3-0 in favor of the home team.
Twenty minutes from the end of the game, a corner kick from Chanda Breeggemann would find Bryn Theis in the goal area, and the header by the forward made the final score 4-0.
With the victory and a conference record of 8 wins, no losses and 1 tie, the Wildcats assured themselves at the very least a share of the Wright County Conference title pending the score of the Holy Family – Orono match.
This marks the 3rd consecutive Wright County Conference Championship for the Waconia Wildcats who improve to 10-2-4 in the season going into the Section playoffs.
Up next for the Wildcats will be a Quarterfinal match on Saturday October 12, 2019 at home vs the winner of Southwest Christian and Faribault/Marshall.